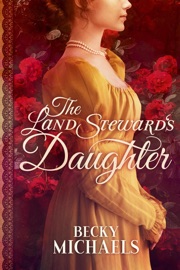 "[An] enchanting debut…The allure of lifelong love between Will and Elaina will entice readers from the first page." -Publishers Weekly

"Readers will be swept away by this new twist on an old favorite." -BookLife Reviews, STARRED Review

Elaina Walker has waited for her childhood sweetheart to return from the Napoleonic Wars for eight years. At five-and-twenty, the pressure to marry well is mounting, despite being unable to forget Will, the Duke of Blackmore's second son.

Will Winter doesn't care much for his father's qualifications for a proper wife. When he returns to England and sees Elaina again, he knows he must have her, despite her meager dowry and precarious standing in society as the daughter of his family's land steward.

As their attraction to one another intensifies, Elaina must make a decision: one that may further damage her reputation and Will's already delicate relationship with his family, or one that will leave her unfulfilled and wondering for the rest of her life.